Been In the Storm All Our Lives

Before the Southern Freedom Movement burst into public consciousness, before the media discovered "civil rights workers," Black folk in the South endured unspeakable hardship and cruel oppression. But no matter how vicious the repression, the fires of their resistance were never completely extinguished. All over the South, — in ways both hidden and public, — some courageous individuals carried on the struggle for freedom and dignity. They were the first to step forward and take their stand. Today, most of them remain unknown to the public at-large; their stories are omitted from the history books, and their deeds are absent from the monuments and visitor centers.

To stand in for all those unsung heroes, we present these three from Holmes County Mississippi who were exemplary — but not unique — in their awesome courage:

Young Organizers Into the Storm

In 1961, from east, north, and west, the Freedom Riders come rolling through Mississippi to Jackson. All are jailed in Jackson, and then sent to the notorious Parchman Prison Farm.

The mixture of heroic local activists and dedicated young organizers is explosive, and the Movement erupts into public view; first in McComb, then Greenwood, Jackson, and Hattiesburg, and then in towns and hamlets across the state. Resistance from the cops, the Klan, and the Citizen Councils is fierce. But beatings, arrests, firebombs, and murders cannot stop the Freedom Movement.

"We've got a larger than usual police force," brags Allen Thompson, the Mayor of Jackson. "Its twice as big as any city of our size. They won't have a chance."

His force is built up to suppress civil rights and voter-registration. (Note the armored tank in the background along with a small portion of the total force.) 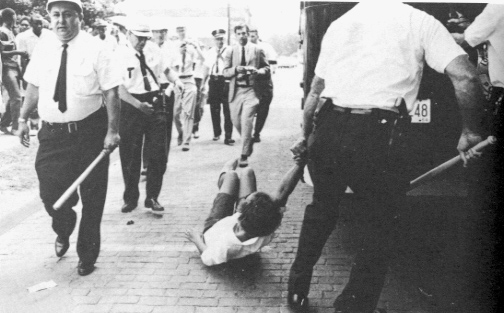 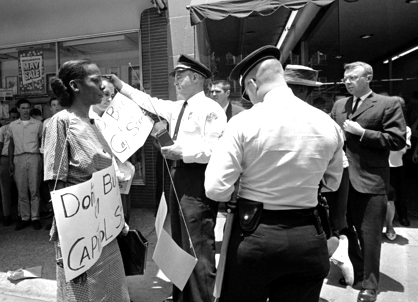