[In May and June of 2020, a time of pandemic isolation, economic collapse, and intense partisan rivalry, videos of Minneapolis cops lynching George Floyd — a Black man with his hands cuffed behind his back — sparked nationwide mass protests against widespread police brutality and systemic racism in America.] 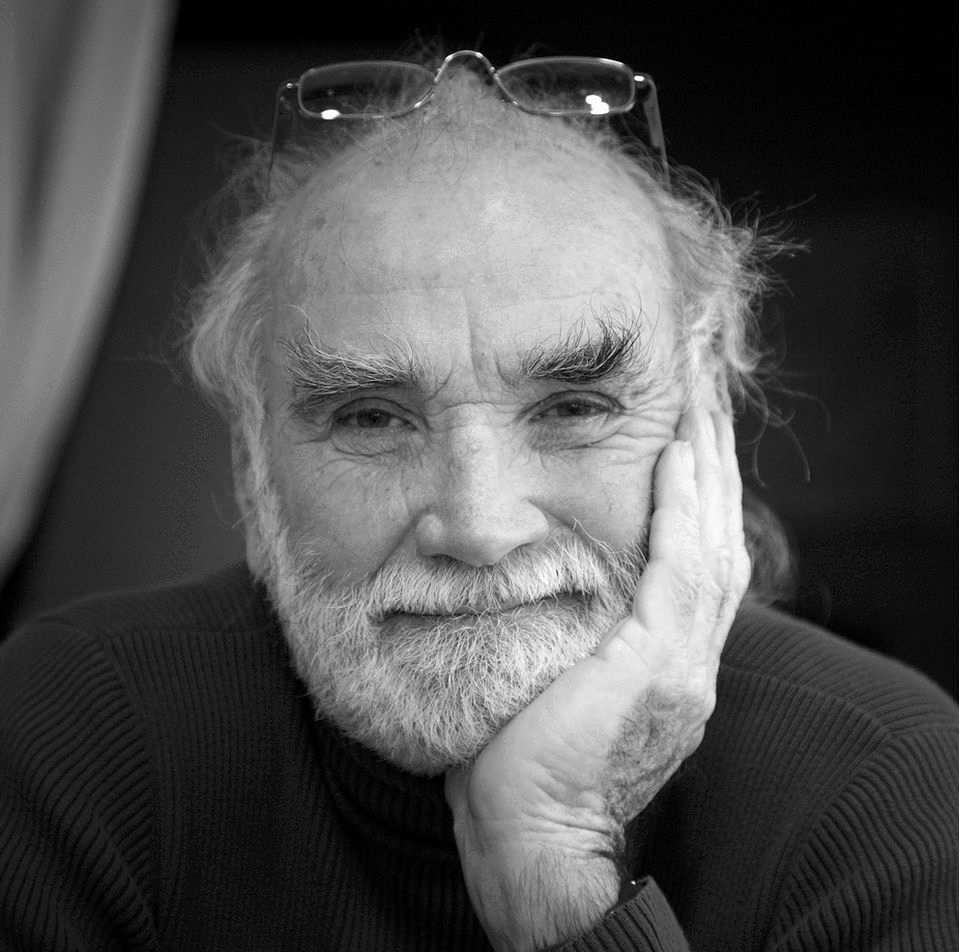 RIP Matt Herron (1931-2020). A good friend and mentor, Matt was killed Friday afternoon when his glider crashed near Lakeport, California. A great photographer best known for his documentation of the Selma to Montgomery march, Matt's photographs of the southern freedom movement were published in Life, Look, Time, Newsweek and the Saturday Evening Post.

In 1964, with the encouragement and support of photographer Dorothea Lange, Matt founded the Southern Documentary Project to cover the civil rights movement.

That year, Matt invited me to work in his dark room at SNCC's headquarters in Atlanta, Georgia developing film from half a dozen field photographers documenting the struggle against segregation and for voting rights. As far as I know, no other civil rights organization at the time had a full-time photography department. 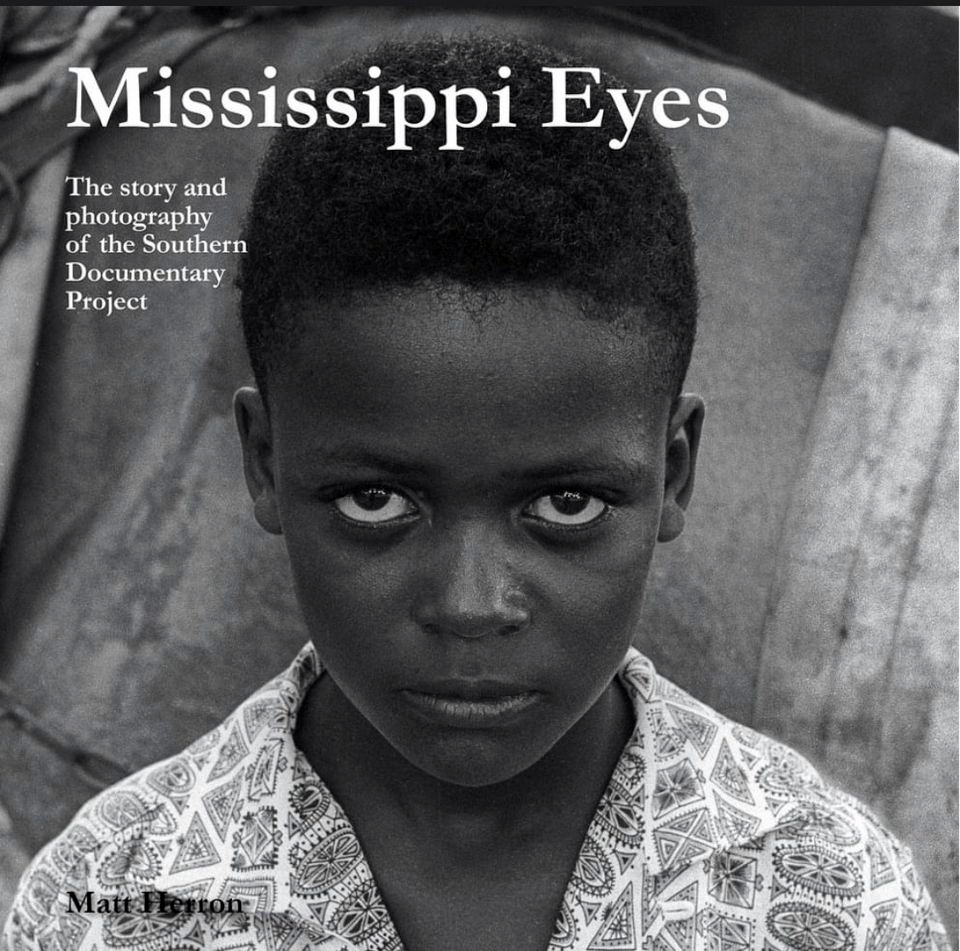 If you want to see some of the best photographs for the Freedom Movement, I recommend Matt's book Mississippi Eyes.

Their photographs alerted America to the brutality of the police, the Klan and the White Citizens Councils, similar to the exposure of police violence that videos are providing today. 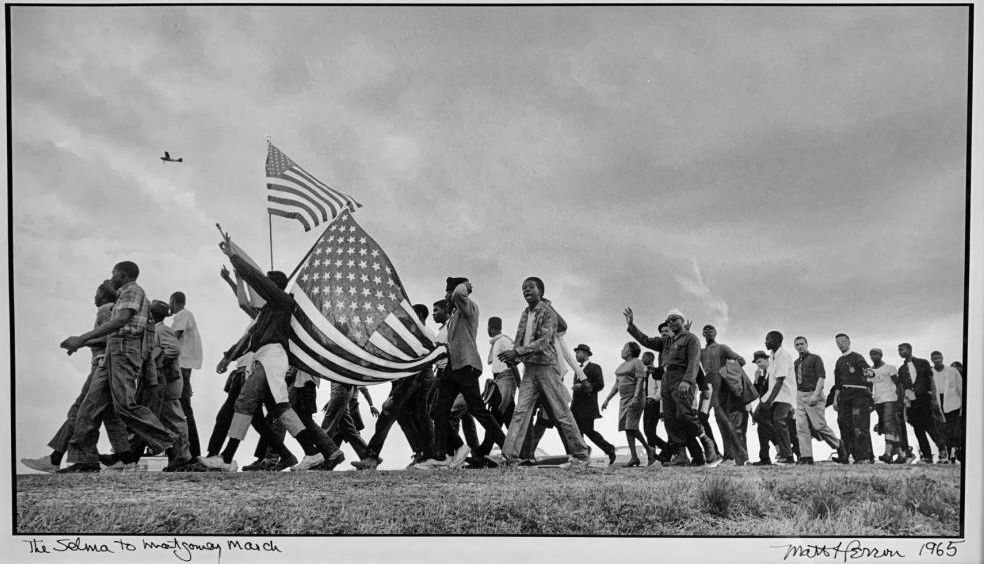 Possibly the most important photograph of the Selma to Montgomery March, the African American museum in Washington, DC has this blown up the size of a wall.

Matt later became the president of the American Society of Media Photographers. We remained friends, working on projects together as recently as two months ago, when he helped me by offering proof that those claiming to have wrested the copyright from the My Lai Massacre photographer Ronald L. Haeberle were making false claims.

Dedicated to his family and the Albany, California Chamber Orchestra where he played the double bass, Matt was passionate about flying glidersright to the end.

Read his own words written in 2016, explaining his passion for testing his skills pushing the limits, while pursuing his dreams. It is a "hair-raising" account of his pursuit of soaring's highest honor.

"Last Thursday, May 19, I crossed a big one off my bucket list. I was able to fly my glider to 27,000 feet in mountain wave over Minden, Nevada, a final requirement for the highest award in soaring, the Diamond Badge.

"Why would I ever want to do this? That's a good question that probably only has answers lodged in emotion. I've been flying gliders for more than fourteen years. I've logged more than 1,400 hours in the air. I fly contests and long cross country flights.

And I'm approaching 85, an age when fellow glider pilots begin throwing questioning glances my way: "Is this guy still fit to fly? Isn't it time he began flying that old rocking chair?" There's no easy, and no single answer to those questions. In one attempt, I wrote a piece for Soaring Magazine last year: "You Are Old Father William, The Young (Pilot) Said."

This flight was another answer, as much for myself as for my friends. In the final analysis, one makes that critical judgment based on personal evaluations of coordination, skill, judgment, and physical conditioning. Personally, I have no doubts — I love this sport, and I know I have some good years ahead!

"Mountain wave, for those not familiar with the term, is a meteorological condition in which strong winds rising against a mountain range generate reference waves downstream in much the same way that a stream of fast flowing water generates reference waves below a large rock. If conditions are right, a glider positioned at the leading edge of a downstream wave can rise as if on an elevator to astonishing heights. The current record of over 50,000 feet was achieved in special wave conditions over the Southern Andes.

"At seven last Thursday morning, I stood next to a Minden runway and watched the launch of the Perlan, a custom pressurized glider (the only one in existence) that is being tested here for an attempted record flight in Andes wave to 90,000 feet, the edge of the Troposphere. Only gliders and space shuttles) can fly that high. The air is too thin for engines. (In my much more mundane flight that day, I outdid the Perlan, which encountered technical problems at 24,000.)

"At 10:15 that morning, I sat in my glider on Runway 16, waiting to be hooked to the tow plane. Much preparation had gone into that moment. This past Spring I'd installed a new oxygen system that automatically delivered the correct amount of O2 whenever I took a breath, and I was now wearing a high tech oxygen mask that muffled my voice and made me feel a bit like I was trapped inside a space suit.

I also carried an emergency oxygen bottle. If my system were to fail at 27,000 feet, I would be left with only about three minutes of usable consciousness, but the emergency bottle would certainly get me down to a safe altitude. I was wearing a new parachute and multiple layers of clothing as if for the ski slopes. At the altitude I was attempting, the temperature could be minus 20 Celsius.

"The launch was pretty wild. The wind was above 20 knots with heavy turbulence and I had to devote all my attention to staying behind the tow plane, which was surging above and below (and sometime beside) me. Mountain wave conditions are often accompanied by rotor — turbulent rolling winds sort of like ball bearings tumbling below a rotating wheel — and there was plenty of rotor to contend with.

"Because I needed an unassisted altitude gain of 5,000 meters (about 16,300 feet) to qualify for Diamond, I had instructed the tow pilot that I would release tow at no higher than 10,000 feet, and asked him to wiggle his wings when he felt we were in good position for a climb. FAA regulations set a ceiling of 18,000 for non-commercial aircraft, but in a special exception for gliders, the FAA has established certain "wave windows," restricted airspace where gliders upon request can fly above the eighteen thousand limit. The Minden wave window has a ceiling of 28,000 feet, and Oakland Flight Center had opened the window that day until noon. Oakland would now vector all commercial flights around the window leaving that space theoretically free of uncomfortably close encounters of the hairy kind!

"I got the wiggle, and released at ten, retracted my landing wheel, and made a brief dive to leave a notch in my flight altitude recorder so it would be clear where unassisted flight had begun. Then began the search for lift. The rotor was pretty wild. It would suddenly and precipitously launch me skyward and then just as quickly dump me toward the ground. There were no clouds to guide me so a patient search was required, but eventually I began to find little bubbles of smooth lift, and after a bit settled into a steady smooth climb, pointing into the wind at 42 knots (just above stall speed), almost stationery over the ground, tracking the audible beep of my variometer, which was showing an average climb rate of close to 1,000 feet per minute. I thought I had it made as I watched the snow capped Sierra Massive drop below me, the blue waters of Lake Tahoe fill out my canopy to the right, and the needle of my altimeter rotate steadily upward.

"Those are the grand moments of any wave flight. It's a magnificent feeling, and I often imagine I can hear the sonorous strains of the Blue Danube Waltz (from the film Two Thousand And One) ringing in my one good ear.

"But of course all good things have to end. I climbed into the wave window at eighteen and rose at a diminishing rate to about 20,000 feet. Now I began noticing icing on my canopy as my breath frosted the inside surface, and I began to worry that the whole canopy might soon ice over and I would lose outside vision. That could be a fatal error and I would have to give up the flight and descend long before I lost outside vision. I opened the canopy vent to let more (very cold) air flow through, which exhausted my frosty breath and prevented further icing. But the wave was clearly dying. My rate of gain fell from ten knots to 2-3 knots, barely enough to sustain altitude, and I began searching to the South and drifting upwind and downwind within the wave band. The success of the flight was now in doubt, but using all my thermalling instincts to locate the best lift, I was able to sustain a very slow ascent. I passed 25,000 and then 26,500, theoretically enough for a Diamond, but I pushed on, adding a safety factor to 27,226 feet the high point of the flight. Was I happy to have made it? And was I more than ready to leave that hostile environment? Take a guess.

"So it was with considerable relief that I pulled spoilers and began my descent. Now my only problem was a safe landing. I learned that ground winds at the airport were now gusting to 32 knots. I've landed before in cross winds (angled to the runway) of 20 knots. It's hairy, but doable. But 32 knots??? I flew over the Minden airport at about 4,000 feet trying without success to get a good fix on a wind sock. Finally I just flew straight into the wind, judging my drift against the runways below, and discovered that I would experience significant cross wind on any of them. The only favorable runway was one that had been abandoned years ago and had large white "X's" painted on each end. But I knew it was landable — rough but landable and I chose that one. I entered pattern high with full spoilers and fought my way down to about 100 feet where the wind moderated and everything got easy. I was soooo grateful to be safe on the ground!

"The rest, of course is anti-climatic: check the certification of the Flight Recorder, coordinate with my "Official Observer," the guy who witnessed my flight, fill out all the paperwork, and hope that all the ducks sit nicely in a row. I won't know until I receive confirmation from the Soaring Society of America, but I'm pretty sure I made a qualifying flight. Wish me luck!"