The photo above shows six singers. I am the young man (16 years old) on the left looking at the camera. We had come by bus in 1963 to a church in Savannah, Georgia to plan a march to desegregate the city. Reverence Hosea Williams and Dr. Martin Luther King, Jr were our leaders. That particular planned march was canceled and we were singing to raise our spirits before returning home.

At the age of 3 (1949), I was shot in my right eye by the KKK on Ashby Street across from E.R. Carter Elementary School in Atlanta. Black people were voting on the right side of the street, but whites did not want Blacks to vote. p I participated in the Movement from 1963 and am still active. The organizations I was part of are NAACP, SNCC and SCLC. I did Movement work in Alabama, Mississippi, Savannah, Chicago, North and South Carolina. I protested. I was Dr. King' body guard. I watched out for everyone. I led people through the doors. I integrated places like Newberry, McCrorys, Grady Hospital, Leb's Restaurant, Holiday Inn, Rich' Department Store, Morrison Cafeteria, hotels and motels, Coca Cola places and stores, etc.

I marched for voting rights across the Edmund Pettus Bridge in Selma, Alabama on March 7, 1965 (Bloody Sunday) with Congressman John Lewis and Reverend Hosea Williams. When we marched from Brown Chapel, Sheriff Jim Clark told us to go back home to Georgia. Our leaders did not listen and the state troopers sprayed us with tear gas, ran over us with horses and beat us with billy clubs. We were injured by state troopers but were not locked up by them. On March 21, 1965 Dr. King successfully led us across the bridge. Dr. King had been in Atlanta when the first march took place.

In 1966 the KKK ran over me on my bicycle. They were in a car. They busted my head on the side, and skinned my knees. I walked from Hunter Street to Grady Hospital. I went in Job Corps in 1966 and in 1967 they tried to kill me. This happened in Morganville, Kentucky but I lived on.

Since then I continue to work for human rights in the community, working with Hosea Feed the Hungry, supporting local politicians who treat people right, and helping to clean up neighborhoods. 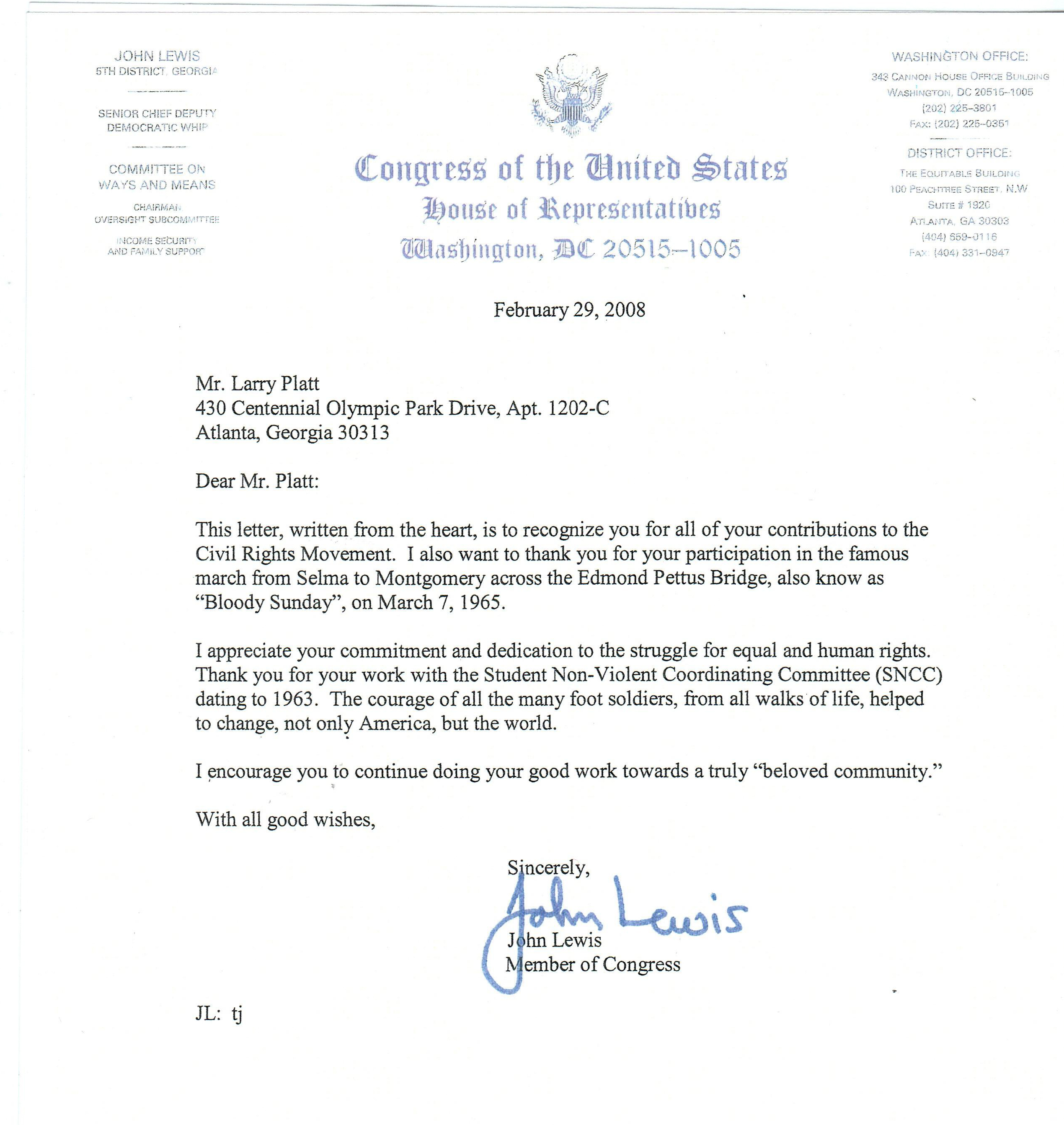