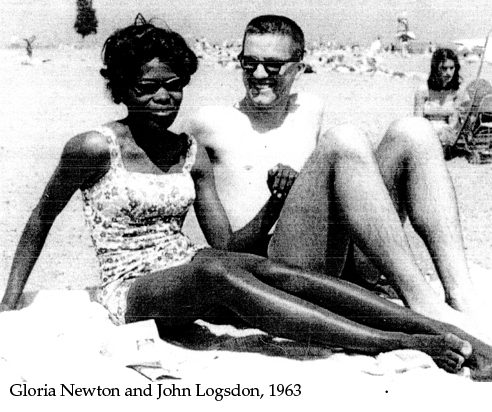 In a box of special documents in The State Historical Society of Missouri in Ellis Library can be found the papers of the Columbia chapter of Congress of Racial Equality (CORE). CORE's philosophy was nonviolence in the fight to end segregation and discrimination. From 1959-64, the organization acted through pickets, boycotts, demonstrations and sit-ins in the civil rights battles of those tumultuous years.

I was active in CORE while I was a student at MU, serving as the president of the local CORE chapter in 1962-63. This year marks 50 years since I left Columbia and MU. I am happy to say the university and Columbia have made great progress over the years.

I came from all-white Mehlville High School in south St. Louis County. Brown v. Board of Education did not integrate Mehlville at that time due to total real estate segregation in the school district. I decided to attend the University of Missouri because I was a player on the Mehlville basketball team and many of my teammates were going there. I drove my '54 Ford to the campus, 125 miles away from our St. Louis home. I lived in a dorm my first year, and by 1960, my second year, had moved into a basement apartment.

In 1960, there was only one black person in all of my courses, Malvin West, BS BA '62. No white students in the class would sit next to him. I partnered with him for group projects and was the only one who tried to be civil or normal. Perhaps I was abnormal for doing that, but I had grown up in a family that was progressive — compared to the American population at that time.

My father, Robert Logsdon, was president of the Congress of Industrial Organizations in the state of Missouri and chair of the Progressive Party of Missouri. In the late 1940s, he hired Margaret Bush Wilson, the second woman of color admitted to practice [law] in Missouri, straight out of law school. In 1948, on behalf of the Progressive Party, he wrote a letter to President Harry S. Truman urging Truman to take action to eliminate segregation and discrimination in the armed forces.

Growing up, I worked weekends in a community store and restaurant at Robert Koch Hospital for Contagious Disease in St. Louis County, a predominately white area. The restaurant served hospital employees who couldn't get fed or served at any other restaurant until they got to the hospital. That was my first exposure to Jim Crow laws in Missouri. I thought it was lousy.

At Mizzou, Mal would recount similar experiences. He would talk about how he and other black students were not being served in most off-campus eating establishments and were having trouble finding housing. When I was asked by Mal to attend a CORE meeting, I was sympathetic.

I attended meetings and became a CORE organizer. The group was about half black, half white; many of the white members were women from Stephens College. The following summer of 1961, I joined other students attending the national CORE convention in Washington, D.C.

A graduate of Lincoln High School in Kansas City, Mo., Gloria Newton had been president of the local NAACP Youth Council and active in the state and national NAACP. Gloria led protests at restaurants, movie theaters and department stores.

In 1961, Gloria organized a sit-in — or rather a drive- in — at Fairyland Amusement Park, a park in Kansas City that refused to admit blacks except for one day each year. She got the local NAACP and CORE chapters to park a car at each of the park's eight entrances and refused to move until park management changed their policy. Gloria and other demonstrators were arrested and spent the night in jail. It was many years before the park opened to all.

In recognition for their work, the youth council received the NAACP's Ike Smalls Award, which is presented to the nation's outstanding youth council each year. Gloria was also chosen as one of two youth to attend a meeting at the White House with President John F. Kennedy; Martin Luther King Jr.; and NAACP and CORE executive directors to advocate for the passage of the civil rights bill.

After completing work at the local community college in Kansas City, Gloria enrolled at the University of Missouri in 1961. I met Gloria at a CORE meeting. She came in as kind of a celebrity because of her work in Kansas City. I studied at the library a lot, and she had a job there at the circulation desk. I started talking to her there. We were working a lot together at CORE — and if you're not careful, it becomes a full-time job — so we got to know each other well. Somewhere in that junior year we started dating.

In the fall of 1961, Gloria had been assigned a dorm room with a white girl. Gloria was evicted from her room and directed to Lathrop Hall. It was explained to her as an assignment mix-up; however, she believed she was removed because policy was to room students with individuals of the same race.

In 1962, Columbia CORE began to "test" eating establishments using nonviolent action. Members would go into a restaurant to see if they would be served. If the restaurant would not serve us, we'd return later to negotiate. Our last resort was to organize a sit-in. CORE held monthly meetings for rehearsing sit-in demonstrations and discussing whether members were willing to go to jail.

Columbia CORE hoped that, with Gloria as chair of its action committee, what happened in Kansas City would happen in rural Columbia. It did not, but rather took the passage of the federal public accommodations law.

It was by chance that we were in the March on Washington Aug. 28, 1963, when Dr. Martin Luther King Jr. gave his speech. It never occurred to me at the time that it would be as famous as the Gettysburg Address.

While standing under a tree listening to the speakers, the president of the NAACP's Missouri State Conference of Branches Margaret Bush Wilson approached Gloria and introduced herself. Upon hearing my last name, Margaret asked if Robert Logsdon was my father and then relayed the story of how my father hired her straight out of law school when no one else would give her a job. Margaret went on to become an activist, serving as chair of the NAACP's national board of directors. 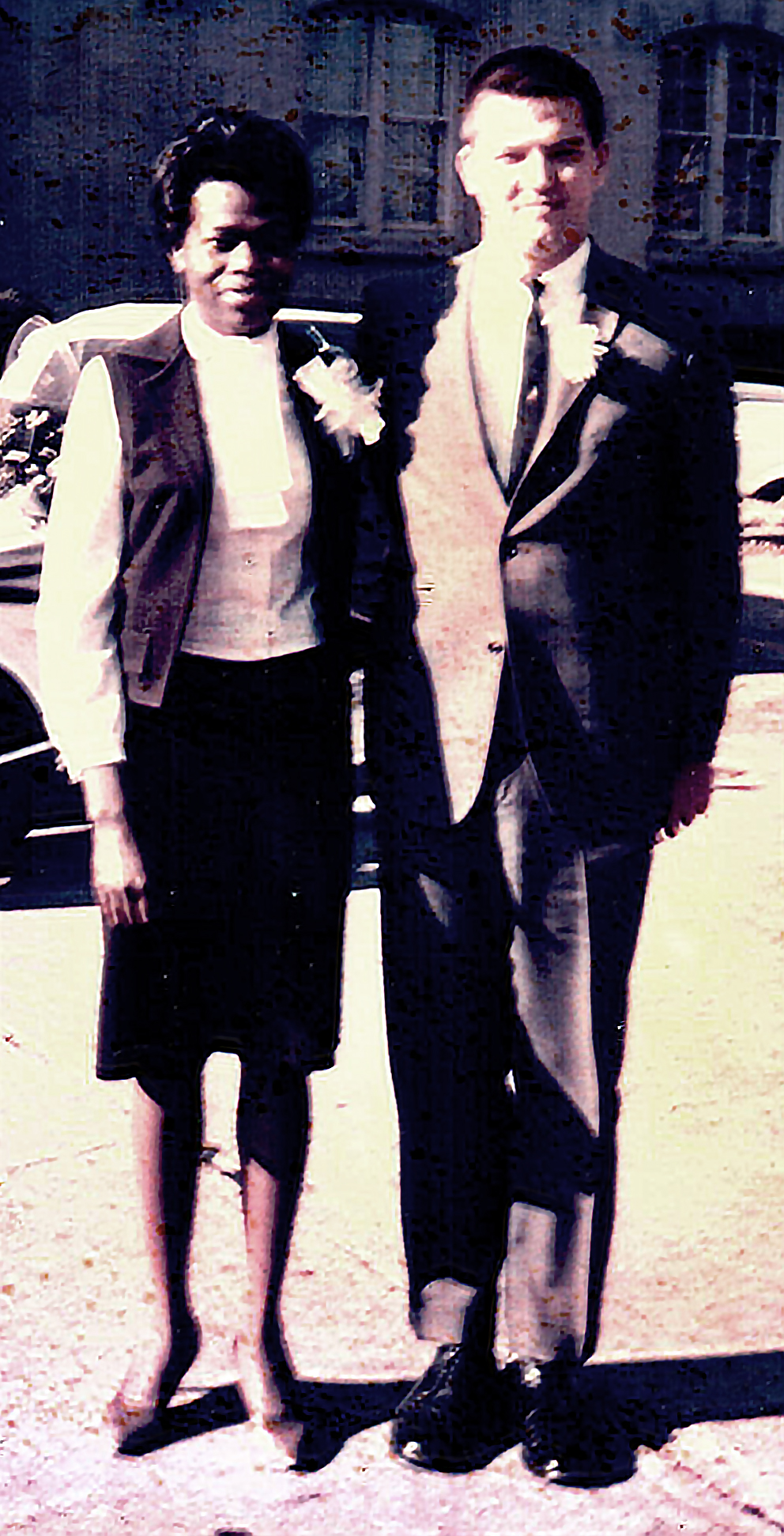 Gloria and I married Nov. 18, 1965, in Washington, D.C. At that time, Missouri was one of the 16 states that prohibited racial intermarriage. On June 12, 1967, in the Loving v. Virginia case, the U.S. Supreme Court ruled that laws against interracial marriage were illegal.

Gloria and I moved to New York. She had a 30-year career with New York state, serving as associate commissioner for children and families of the New York State Office of Mental Health during the last eight years Mario Cuomo was governor of New York. I was a health care administrator for my career in the Empire State. We have two children, Elizabeth Bacon and Robert Logsdon, and two grandchildren. We retired to Tampa in 1995.

Gloria and I have been back to Columbia a few times since we left 50 years ago. If you would have told me years ago that there would be a building — the Gaines/Oldham Black Culture Center — named after Marian Oldham, I never would have believed it. While at Mizzou, I worked closely with Marian's husband, Charles Oldham, who was the chair of the national CORE organization. They were the first mixed couple I came across. Marian was denied admission to the university because of her race; however, she went on to become the first woman to serve on the University of Missouri Board of Curators in 1977.

There's been an evolution in Columbia and at MU.