[Adapted from a fund appeal by Hardy's family and friends for health care related financial assistance during his long battle with a debilitating illness.]

In 2000, the 40th anniversary of the sit-ins and founding of the Student Nonviolent Coordinating Committee, I was the only White on a panel at the University of California International House to discuss SNCC, the times in which it arose, and the current situation facing the African-American struggle for freedom, and social, cultural and economic justice. The other panelists were Tracy Sims, one of the leaders of the Ad Hoc Committee for Civil Rights that led the sit-ins for jobs at San Francisco's Sheraton-Palace Hotel and Mel's Drive In, and Hardy.

A person in the audience asked a question about the Black church. I had spent many years working with Black pastors and congregations. When neither Hardy nor Tracy answered, I went out on a limb and responded. A Black guy in the audience angrily denounced me. Basically, "Who are you, Whitey, to talk about the Black church?" He got applause from some of the people present. Before I could reply (not that I had any idea what to say), Hardy took the single microphone available for the panelists and "credentialed" me as a comrade in the struggle whose experience and knowledge entitled him to answer the original question. The guy walked out. I breathed a very deep sigh of relief.

Hardy is a national treasure, a civil rights hero, and life-long advocate for social and political justice. We all are blessed to have him in our lives personally.

Hardy still loves talking to his friends. He stays grounded in discussions of politics and the many experiences he has shared with his friends in the struggle to shape a better world. In spite of his conditions, Hardy's vitality remains rooted in connecting with people and the struggle for equality. In remembering her first meeting with Hardy one of his friends recalls, with love, respect and humor "I was on my way to class on social problems, and I met one." 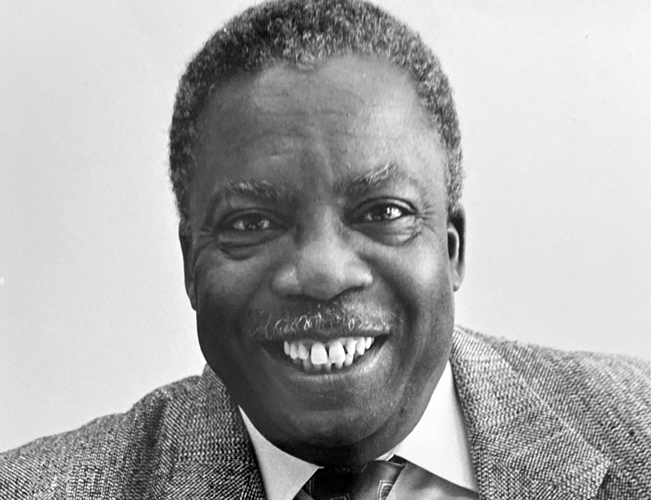 Hardy's life of political activism and intellectual rigor contributed enormously to our understanding and engagement in social change. He gained a sense of Black history in his early years from his schooling in the segregated schools in Tuskegee, Alabama with his teachers who taught outside the established curriculum.

His activism was shaped by his intellectual developed as a Marxist and understanding of the Black experience. In college he studied with all the radical professors he could find and allied with anybody who wanted to talk about shaking up the system. He came to political activism and the classroom with that ideology.

At age ten, Hardy's teacher required him to bring "fifty-cent" to school to join the NAACP. As a teenager walking the campus of Tuskegee University, he developed a sense of racial pride but also understood class differences between educated and non-educated African Americans in the community.

Hardy's family was of modest means. At 17, he decided to leave home, and he determined the "way out" was the Army. While serving, he followed closely the Civil Rights Movement through news reports and Black magazines.

His Activism Career Begins in California 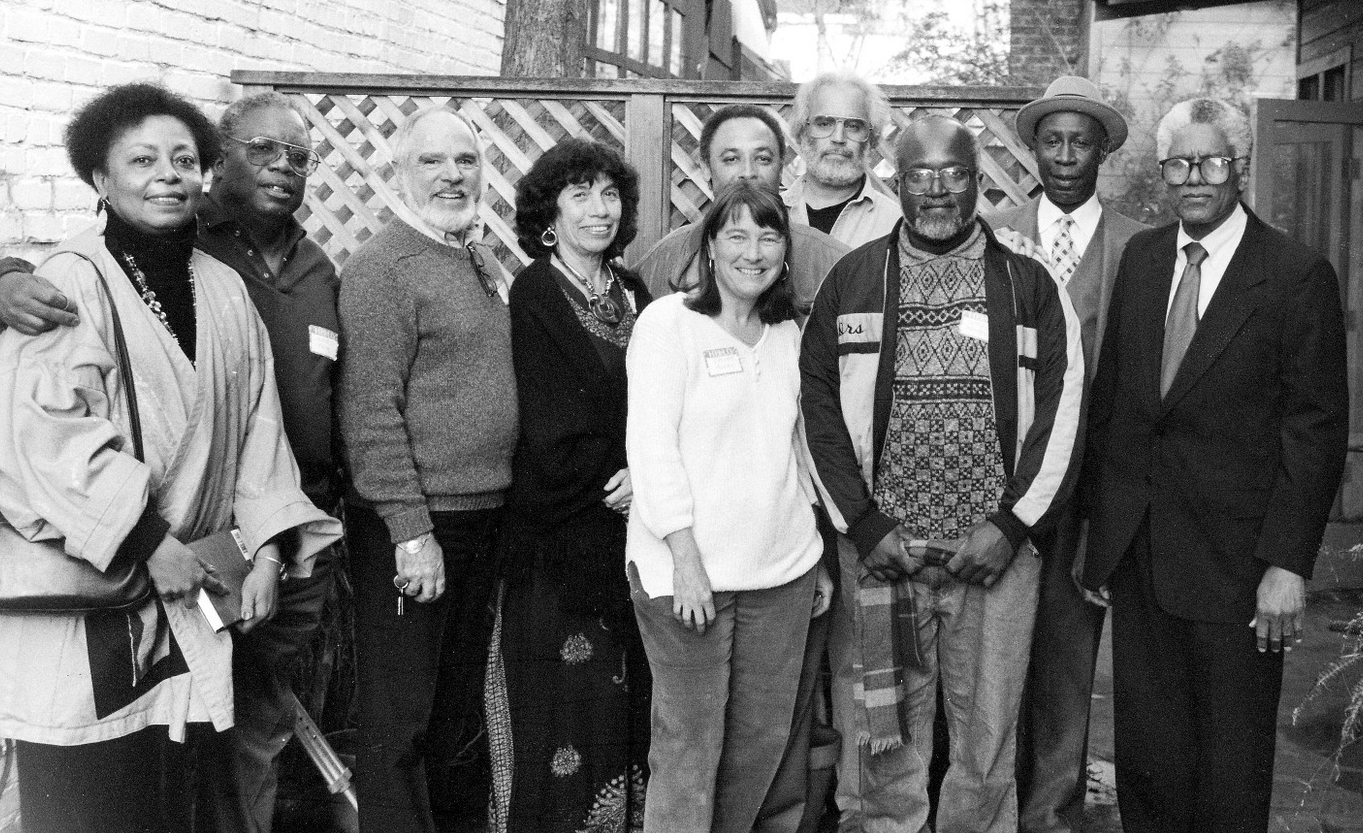 Hardy was discharged from the Army in Texas in 1959. That year, his father was supporting the Tuskegee Civic Association boycott of white merchants to protest gerrymandering Black voters out of the city limits, thereby denying them the right to vote in city elections. During the boycott, people drove to Montgomery to get groceries some 40 miles away.

Hardy did not want to return to stay in Tuskegee. In his own words, "I flipped a coin between New York and Los Angeles — the coin was weighted to Los Angeles because I had some relatives there." Hardy lived in Watts and Compton, and found it as segregated as Tuskegee. He was perfectly comfortable in that all-Black world.

Hardy's political activism began to take shape in California. He joined CORE and picketed the 1960 Democratic National Convention to support the Civil Rights plank in the platform. He sat in at the California State Capitol and slept on marble floors for fair housing legislation. 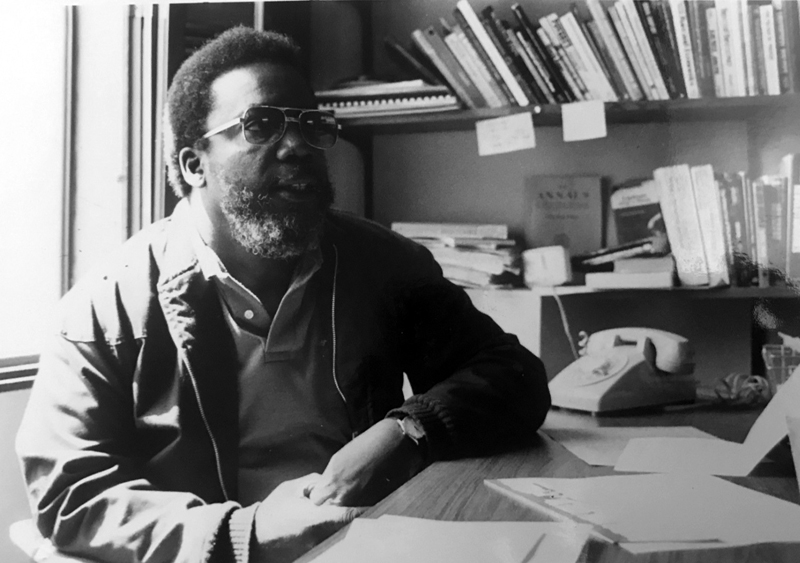 In 1964, he joined Friends of SNCC and decided to get involved in Mississippi Freedom Summer. The day his bus arrived, they announced that Schwerner, Goodman, and Cheney had been killed. 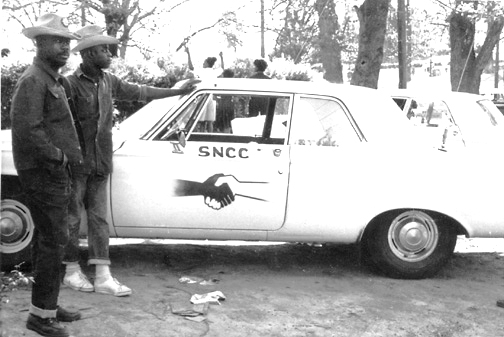 Hardy was assigned to Freedom House in Holly Springs, Mississippi to do voter registration. In a straw hat and with a two-way radio that didn't work, he walked the streets of Holly Springs talking to Black folk about registering to vote. Each time they marched to the courthouse, they were met with dogs, fire trucks, and police with guns. They had no protection except their belief in the Constitution. Hardy was unaware that he was making history.

Although he confronted many challenges, Hardy tenaciously pursed his education. He spoke often of being told "People like you do not go to college." He also met many wonderful people and always expressed gratitude for their support.

He began at Sacramento City College, moved on to Sacramento State and finally UC Berkeley where he earned a Ph.D. in Sociology. His research emphasis was on community development, policy analysis, program evaluation, and building collaborative school-community partnerships. He mentored many students and, simultaneously, was active in local politics.

Hardy was active in the Free Speech Movement, he joined the progressive Berkeley Citizens Action (BCA) and helped steward progressive ideas through several city administrations. As a professor at both UC Santa Cruz and UC Berkeley, he was guided by a total dedication to his students. He was a member of the Bay Area Veterans of the Civil Rights Movement.

Among his broad range of experience to make the world a better place, Hardy served as the Director of the U.S. Peace Corps in Guyana. As a consultant, he worked on issues of diversity and affirmative action, working both at the policy level and conducting workshops and seminars in the area. He developed and brought expertise to program design, organizational developments, research and program evaluations. Hardy was also the director of the Urban School Collaborative Project.

Hardy traveled to South Africa to work with emerging black political parties after the end of the apartheid. 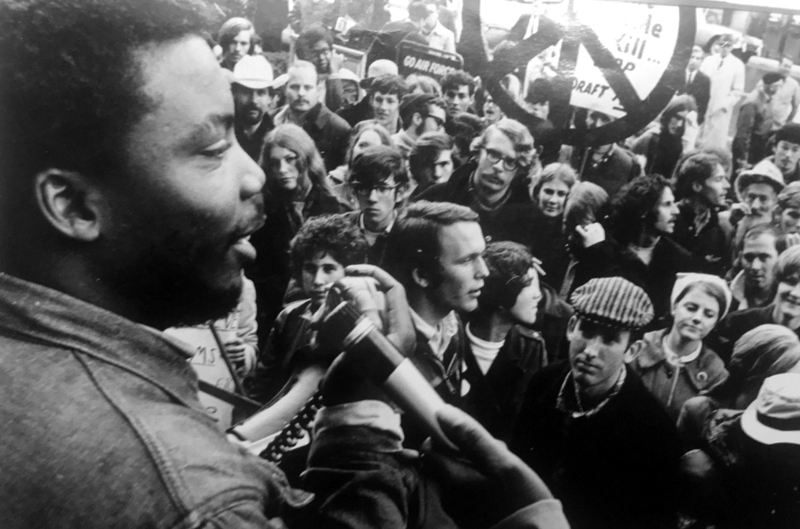 Hardy's book on Black Alabama politics — Black Parties and Political Power: A Case Study came out in 1980. His political work has been recognized in two popular documentaries: American Experience (1988) and Berkeley in the Sixties (1990). He also helped produce the film, Freedom on My Mind and actually was invited to the Oscars where he was thrilled to meet Danny DeVito in the restroom!

Living and Learning by Hardy Frye 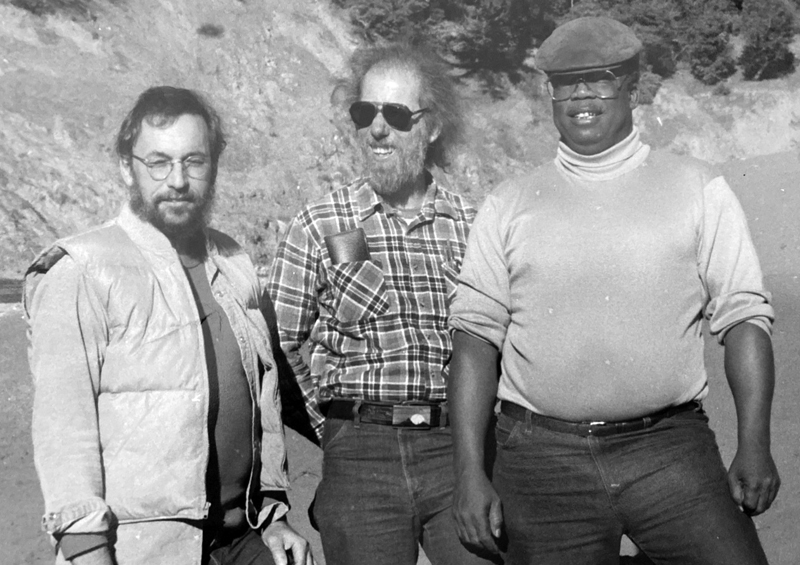