As a general rule, COFO, CORE, NAACP, SCLC, and SNCC organizers lived on little or no money. Police in Mississippi frequently stopped and searched freedom workers and sometimes arrested them on "Vagrancy" charges if they did not have a wallet full of cash. Vagrancy laws made it a crime to be poor and "without visible means of support." As a counter tactic, in some areas COFO issued identification papers such as the one shown below. (Vagrancy laws as they existed in the 1960s were later ruled unconstitutional.) 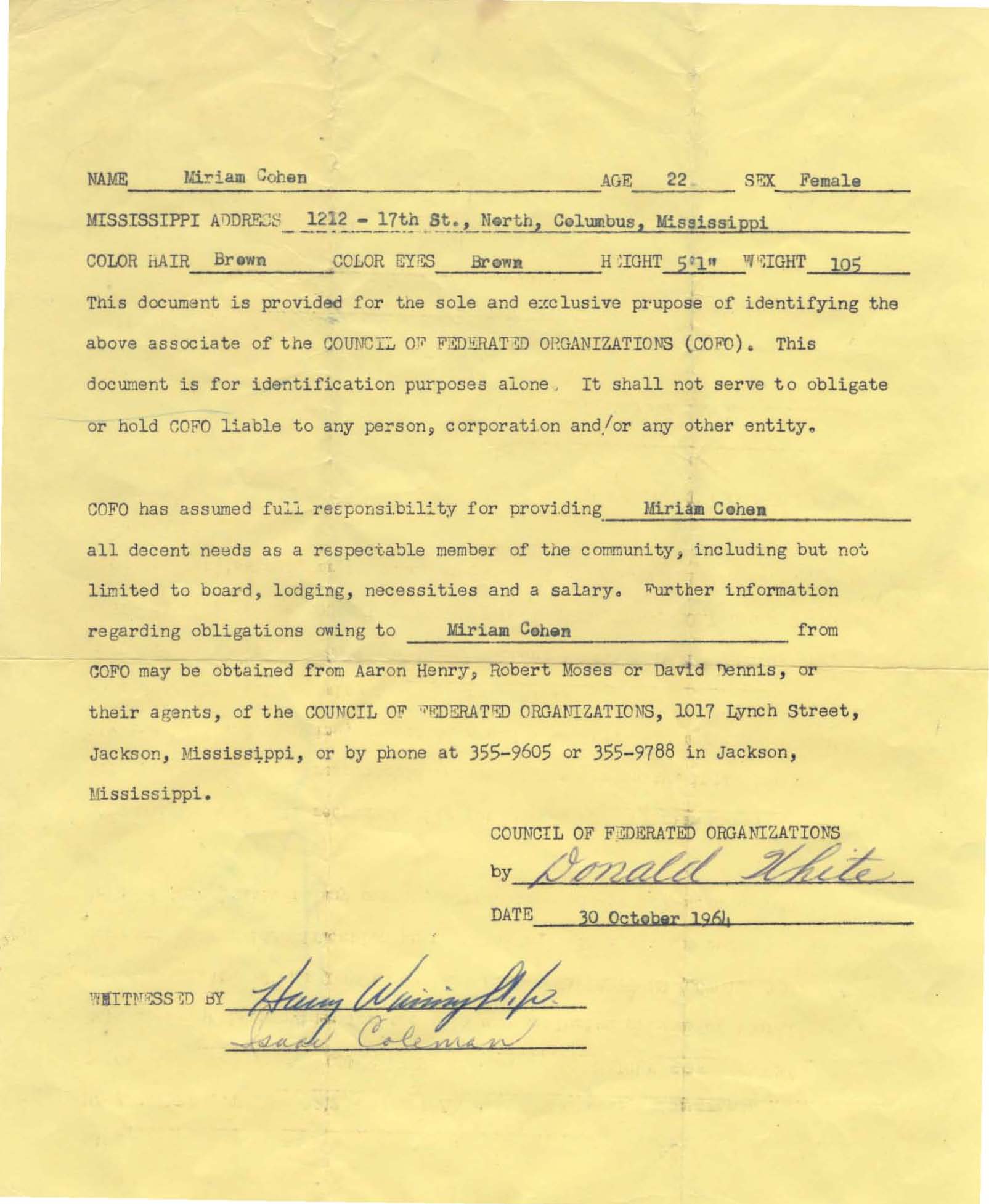